The Fisherman’s Cove reef rehabilitation project is a cooperative project with Le Meridien Fisherman’s Cove Hotel in Beau Vallon, North West Mahe. The project started in January 2016 with the development of a snorkel trail in the hotel’s ‘Unlock the Sea’ programme. The trail includes underwater Giant Tortoise artwork, an underwater letter box where resort guests can post waterproof postcards to their family and friends, and some of the MCSS ocean-based coral nurseries, a very popular addition to the programme.

However, in 2016 there was a severe bleaching episode and in 2017 our project was extended to help to restore the reef. 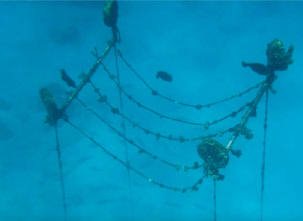 The programme now has seven in-water coral nurseries raising some 350 coral fragments and also two on-land coral tanks capable of holding 100 coral fragments each, the first such nursery in Seychelles. The on-land nursery was opened on the 26th September 2017 by the Minister of the Environment, Mr. Didier Dogley, to mark the 20th anniversary of the Marine Conservation Society Seychelles. 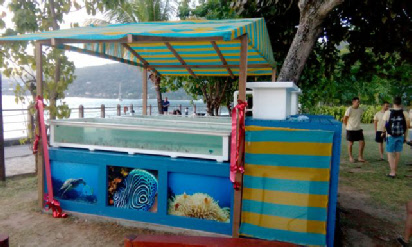 Since then the coral tanks system has been fine tuned to provide the correct conditions for growing healthy corals and has become a focal point for guests coming to and from the beach. It serves as a great educational tool also with several schools having visited already and with several overseas students using the facility for projects and thesis work. 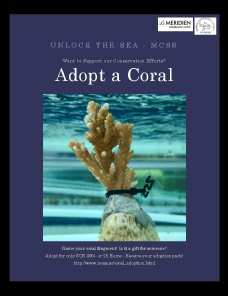 With the nurseries in full swing there is always a need for interested volunteers to help on this project. Please complete a volunteer application form and send it through to us. For the latest information please visit our Fisherman’s Cove Blog.

To support our efforts you can also adopt a coral on-line! 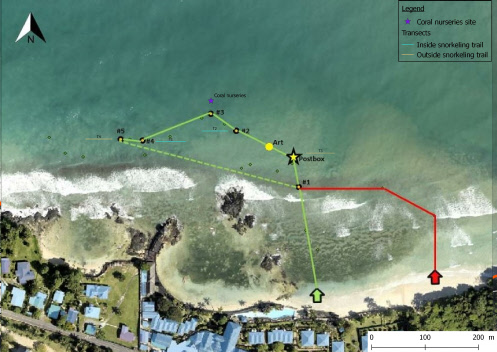